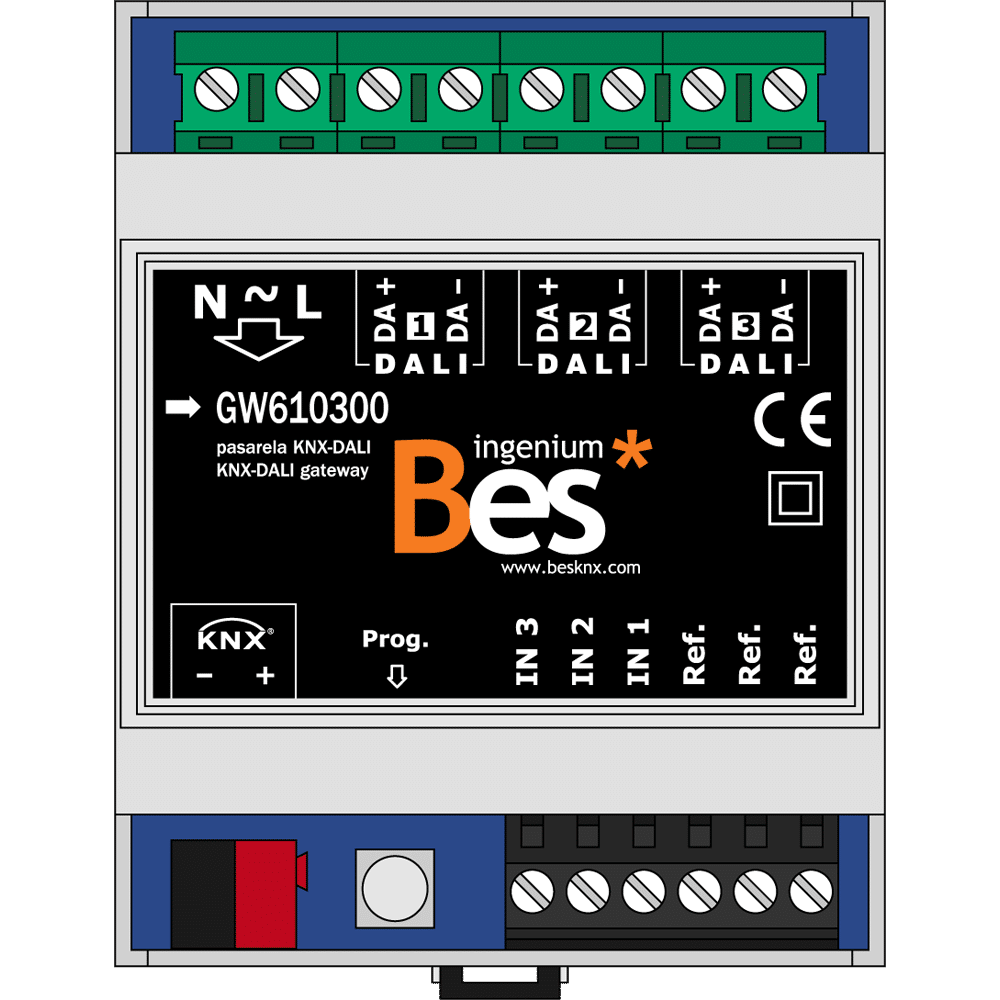 The device GW610300 is a gateway to control lights with DALI protocol in a similar way to any KNX dimmer. It allows controlling a maximum of 64 DALI ballasts in three channels with broadcast commands, that is, all of them simultaneously per channel.

It includes an integrated power supply to feed the DALI bus, it also has 3 inputs to control each channel by conventional pushbuttons and the possibility to configure up to 16 scenes. With this device it is possible to control the DALI lights via any KNX device such as touch screens, pushbuttons, etc. being possible to use it also as a stand-alone solution, without needing a home automation installation.