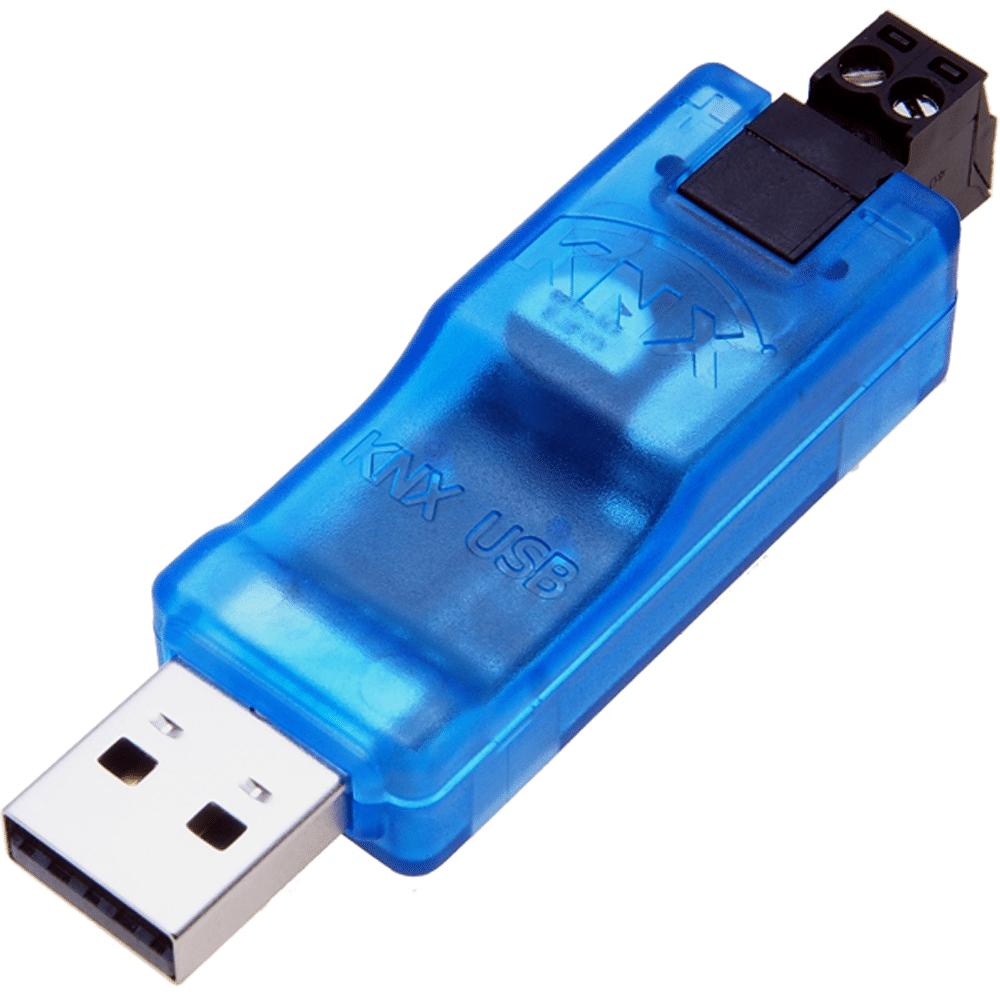 The Weinzierl KNX USB Stick 332 is a data interface between a PC or laptop and the KNX installation bus. It can be used as a programming interface for ETS® Software Version 3 (or higher) and supports KNX long frames. Long telegrams enable a faster download to devices that can receive these telegrams.

The LEDs in the device indicate the operating status and communication errors on the bus. The USB connector is galvanic isolated from the KNX bus.

The KNX USB communication is based on HID and cEMI telegram coding according to the KNX specification. To integrate the KNX USB Interface in applications running on Windows or Linux the cross-platform SDK kDrive is available from Weinzierl.

In addition to the telegram interface via cEMI, the KNX USB Interface Stick 332 includes a complete KNX Stack with communication objects and BAOS protocol V2. Thus, the device offers the possibility to extend devices with USB connection to full KNX devices, which can even be programmed by ETS.