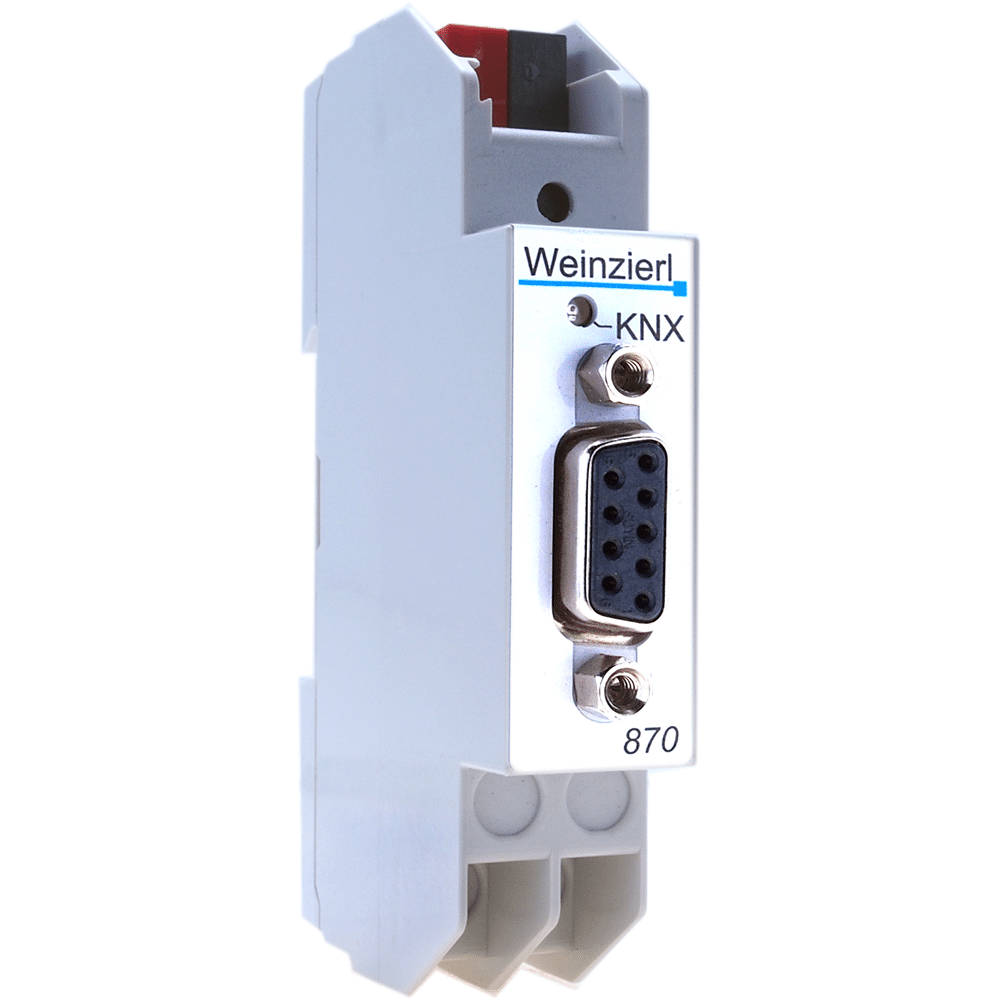 The KNX Serial Interface BAOS 870 serves as a simple integration solution for non-KNX devices. Designed as a RS-232 interface, the KNX Serial 870 uses the proven FT1.2 protocol (PEI 10) as message format. Moreover, the device supports the BAOS protocol for accessing data points. This allows non-KNX devices to be fully integrated into a KNX network via a RS-232 link. For a quick start, a demonstration tool as well as an ETS entry with 250 group objects are available. Furthermore, individual ETS representations for OEM versions can be created.

Functionality of the Object Server:

For an increasing number of devices, such as in the areas of multimedia and security technology, the exchange of control information with the building automation is of significance. However, for certain devices it is preferable to not access the bus directly. Instead, a connection can be established to the KNX via RS-232.

The following tasks like generating and interpreting KNX telegrams, as well as the knowledge about the used group addresses, are handled by KNX/RS-232 Interface. In this case, the KNX/RS-232 interface assumes the role of a KNX end device. This means, that the KNX communication software of the device manages data-points in order to assign received telegrams to the according communication objects. The device independently creates and sends group telegrams, too. With the ETS (Engineering Tool Software), the group objects can be configured. In the ETS, the device appears as a conventional participant of the bus. Over the parameter dialog, data types of the group objects are configured. After that, group addresses can be set as customary.

A client can access data-points via RS-232 without knowledge about the KNX syntax. One client addresses a data point over the index of that object. If group addresses in the KNX network should change at any time, the Interface can be updated without problems by an ETS-Download. There is no need to update the configuration of the clients.

The interface supports up to 250 group objects and for each object there is separate memory reserved. Values of the communication objects will be updated automatically when they are addressed by a telegram, even if there is no client connected. This is advantageous, for a client. If it starts or wakes up, it can read the data image from the interface without stressing the KNX bus and without a noteworthy delay..