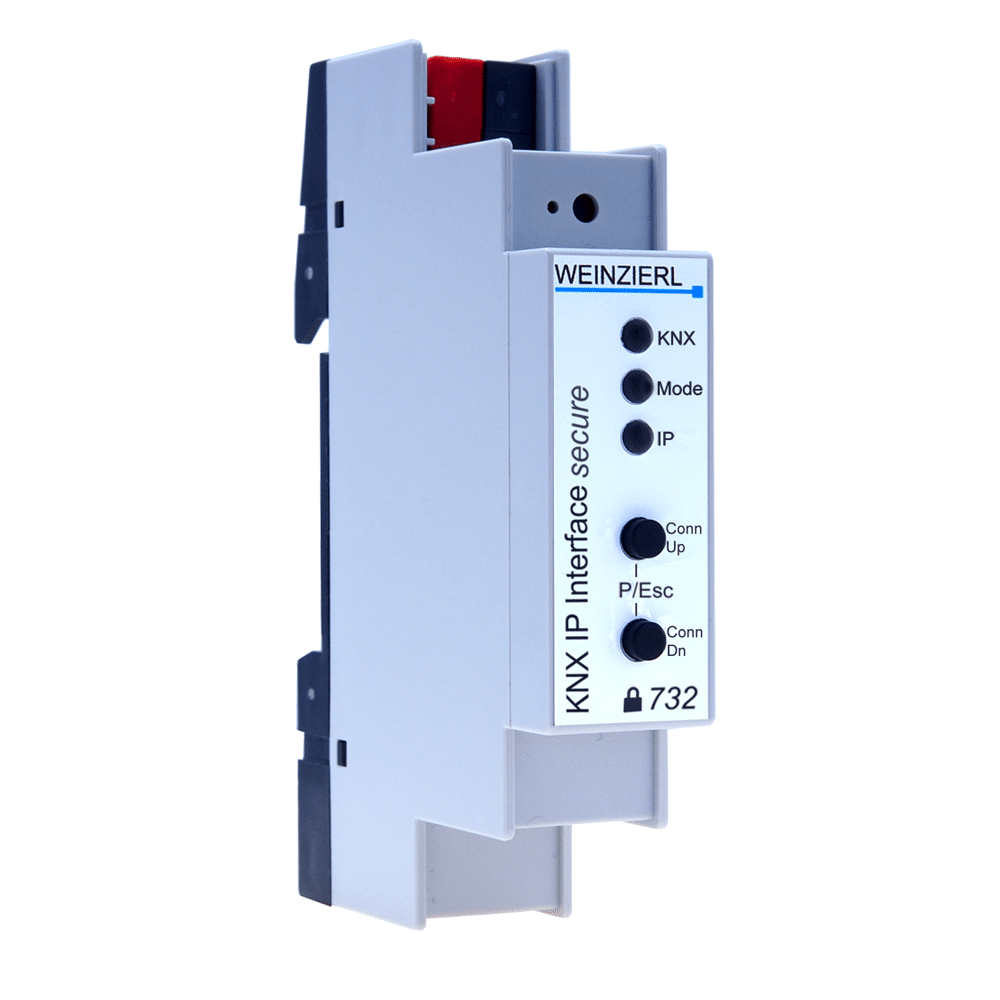 The KNX IP Interface 732 secure serves as a secure interface between a LAN (IP, Ethernet) and KNX and can be used as a programming interface for the ETS®. As a KNX Secure Interface (tunneling), the device prevents unauthorized access to the system. The connection between PC and interface is encrypted. The security option can be activated or deactivated in the ETS.

With the KNX IP Interface 732 secure, the KNX bus can be accessed from any point in the LAN. Encryption also enables secure programming over the Internet.

The device is characterized by a compact design with a width of only 1 HP (18 mm) and is powered by the KNX bus.

The buttons and LEDs on the device allow a local diagnosis of the current operating status and possible communication errors.