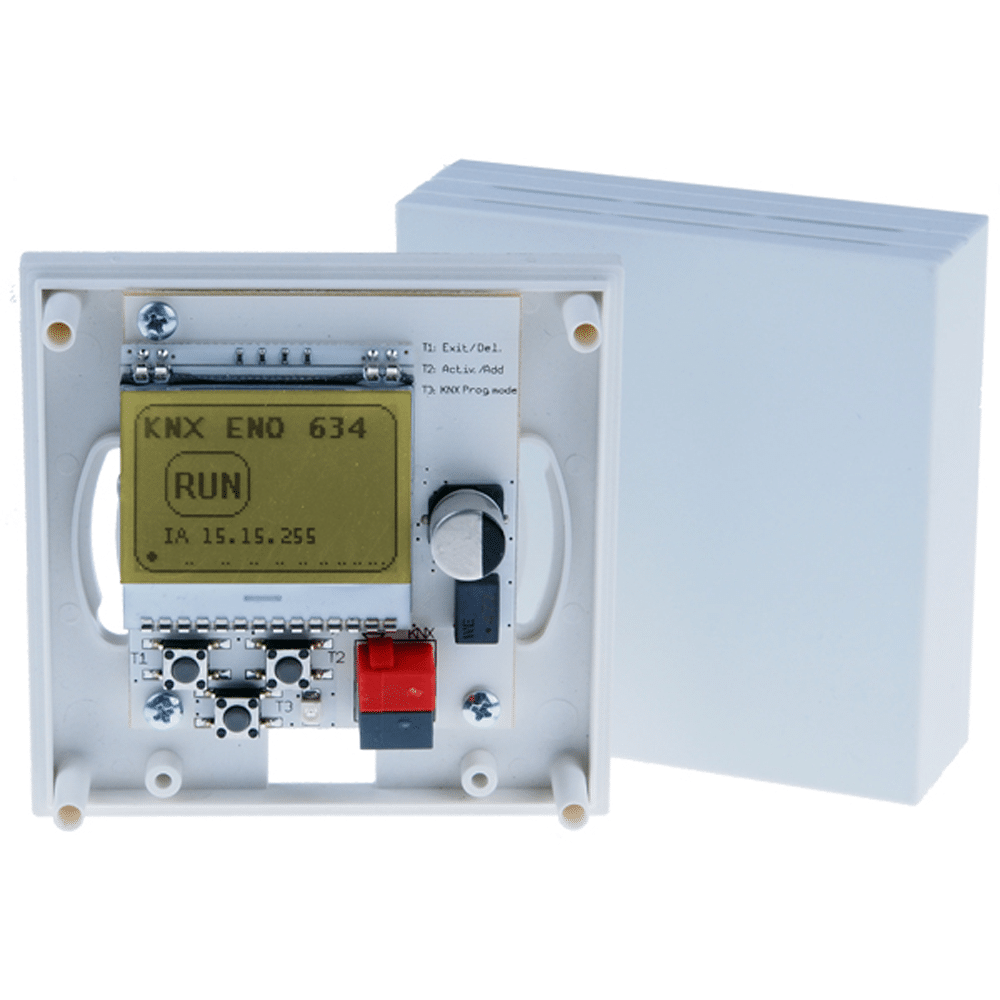 The unit KNX ENO 634 serves as a bidirectional gateway between EnOcean radio devices and the KNX/EIB bus. With this device, commands and measured values of EnOcean wireless sensors can be transferred to the KNX bus, for example, to control KNX actuators. Also EnOcean wireless actuators can be controlled via KNX. For EnOcean sensors the device is based on the so-called EnOcean Equipment Profiles (EEP). The implemented profiles mostly are specified in the data sheets of the sensors. For the control of EnOcean actuators corresponding EEPs are emulated.

This means, the gateway sends radio telegrams such as a push button or a window contact. In addition the gateway supports logical and control functions and has a radio repeater included.