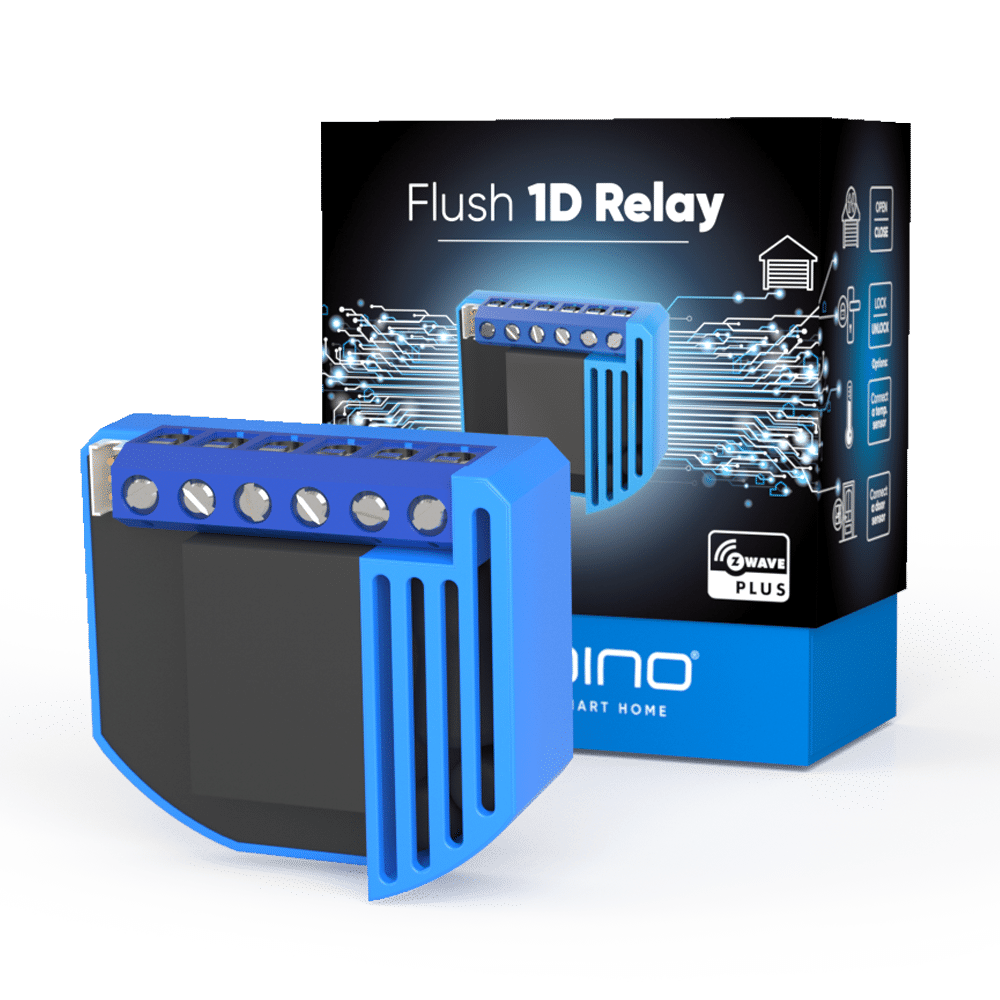 The Qubino Flush 1D Relay is ideal as a dry contact switch for lights, fans, ovens, washing machines, irons, power sockets, garage doors, electric radiators, water heaters, etc. All these electrical installations can be integrated into a Z-Wave network. Thus, the connected device can still be controlled with the existing wall switch, but thanks to Z-Wave also via remote control, smartphone or sensor-controlled automation.The currently thinnest Z-Wave radio module is placed in a wall box right behind the normal switch. The switch is no longer directly connected to the load but acts as input device for the Qubino insert that is controlling the load. The switch only sends control signal to the insert which controls the load then again. The Qubino Flush Relay works with all switch design. You can use a momentary or a toggle switch. Its recommended to use wall boxes with 65mm depth. But smaller boxes with only 45mm depth can be used also if there is enough space behind the switch. The available space depends on the size of the traditional switch, the dimensions of the wall box and the amount of additional cabling placed in this box.The Qubino 1D Relay can also be used for scene triggering. Therefore, the module has two free binary inputs.